If you live in Florida, you probably already know that it is a hotbed for termite infestations. In fact, Florida has the highest risk of termite damage of all the U.S. states. Of course, that means there is a myriad of termite species inhabiting the state. We put together a few facts about some of the most commonly encountered termite species in Florida.

Dampwood termites are typically the biggest of the three types of termites, and some species are the biggest termites in all of the U.S. They tend to live in tropical areas because, as their name implies, they feed on damp and decaying wood. They also require more moisture than the other two types of termites, so their nests need to be close to a source of water.

Florida Dampwood Termites, also called southern dampwood termites, require high levels of humidity as well as a readily available water source. Due to their moisture requirements, they feed on damp wood sources, like trees, logs, and sometimes old furniture. They build their nests within the source of wood they are consuming. Because of their food preference, Florida dampwood termites usually do not damage homes and buildings. However, they will infest a home or building that has areas of moisture buildup. Roof leaks, pipe leaks, wood that is in contact with soil, and wood that is exposed to rain or sprinklers are common causes for moisture buildup, which will attract Florida dampwood termites.

West Indian Drywood Termites are the most common drywood termites to infest structures in Florida, but they are not native to Florida. They can be found in many parts of the world, and they are only found in structural wood. Their preference for structural woods is actually what allowed them to be brought to the U.S. After they were brought to the U.S., they spread throughout the Gulf Coast, particularly in southern Florida. They infest houses, boats, furniture, and more.

Dark Southern Drywood Termites are the only species of their genus in the United States, and are found mainly in Florida. They infest both natural and structural wood sources. This species is much larger than West Indian drywood termites, and has bigger colonies as well.

Conehead Termites are named for the elongated projections on the fronts of their soldiers’ heads, which cause them to resemble cones or teardrops. This, along with their nesting habits, make them quite unique as a species. Unlike other termites, who build nests in wood or underground, conehead termites build large, freestanding nests above ground. They build mud tubes from their nests to their food source. This species will feed on structural wood or wood found in nature. In the United States, conehead termites are most commonly found Dania Beach, Florida, however there are been some recent sightings in South Florida most specifically around Fort Lauderdale.

Unlike dampwood and drywood termites, subterranean termites do not actively nest within the wood they consume. Instead, they build their nests underground in soil. They build mud tubes from their nests to their food sources  to protect themselves from open air. They prefer to eat decaying wood over structurally sound wood.

Formosan Subterranean Termites are the most widespread and economically impactful of their genus. Colonies of this species can contain millions of individual termites, as compared to other subterranean species whose colonies contain several hundred thousand individuals. This species forages in soil as far as 300 feet from the nest. Their massive numbers and impressive foraging distance can be quite hazardous. In fact, Formosan subterranean termites have never been eradicated from any area in which they have become established. These termites can be found in most major urban areas in Florida, as well as the coastal regions of Broward, Dade, and Palm Beach counties.

Cuban Subterranean Termites are very rare to see and only known to live in western Cuba, Jamaica, Puerto Rico, and Florida. They are typically found in coastal and island habitats, and they like to build their nests inside dead logs. These termites do not forage in soil quite as much as some other Floridian species.

Florida Dark-Winged Subterranean Termites can now only be found in Florida, although they were once widely distributed across Texas and the Gulf region. They are named for the two pairs of dark wings on the alates of the species.

Termites of any species can cause extensive damage before they are even discovered, which means early action is vital. If you think there may be termites in or near your home or business, give Excel a call and we’ll send a technician over ASAP. 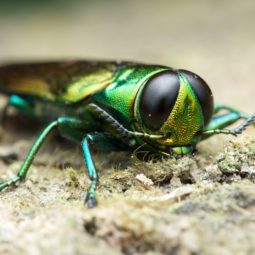 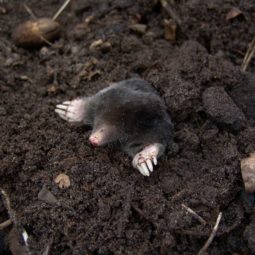 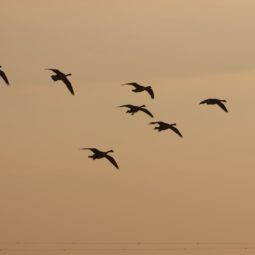 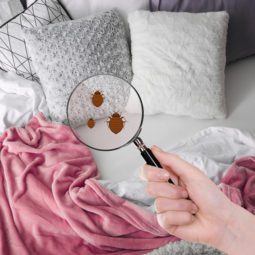