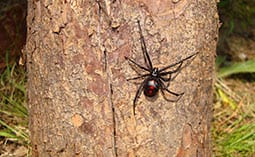 What do spiders look like and why are they concerning?

All spiders have four pairs of legs, two main body regions, and fangs. Most spiders have eight eyes, although some have six. Spiders vary in color and size depending on their species. 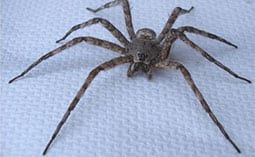 Where do spiders live?

A spider’s specific habitat depends on its species. Some types gravitate towards damper areas, like basements and crawlspaces.

Others prefer dry climates like the upper corners of rooms and attics. Generally, spiders will hide in dark areas that are not fully visible, which is why they are often found in storage spaces, light fixtures, garages, and sheds. 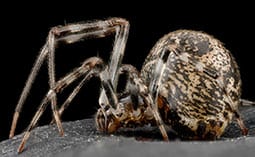 Why do I have a spider problem?

Spiders can enter homes or businesses through cracks and crevices, any small spaces, like the gaps around doors and windows. They may enter in search of food, moisture, mates, or shelter.

Spiders may be attracted to a property by favorable living environments or the presence of insects and other prey. They can also travel into a building on objects such as firewood, plants, camping equipment, or items that have been in a storage area. 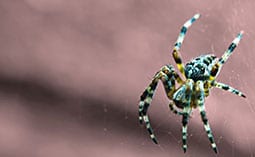 When are spiders active?

Spiders tend to be most active when the males come out to mate, which is usually during August and September. The spiders seen during this time are more than likely males that have been hiding inside throughout the year and are now searching for mates.

Generally, they are not spiders that wandered in from the outside, as is commonly assumed, although a few may be. Spiders are cold-blooded and do not have a mechanism that allows them to regulate body temperature. Because of this, most spiders enter a stage of diapause during the winter, which is similar to hibernation. 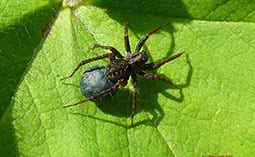 What’s the best way to prevent a spider infestation?

In order to prevent spiders from entering a home or business, it is important to seal off any possible entrances. This means caulking around windows and doors, fixing or replacing faulty screens, and filling in any gaps or cracks in the walls and foundation.

Cleaning and removing dust and spider webs regularly can deter spiders from taking up residence. Shutting off outdoor lights at night will attract fewer insects, which will in turn attract fewer spiders. Keep all outdoor plants at least 1 foot away from the outside of the home, as spiders like to hide in their leaves and folds. Check objects that spent any period of time outdoors or in a storage area for the presence of spiders before bringing them inside. Spiders are a nuisance and, depending on the species, can be dangerous, so to get rid of spiders on your property call EXCEL today and have one of our experts visit you.